Re: Which is your best for shaping eyebrows?

That is a great question...I feel a little like Mrs. Doubtfire at the ending of the movie where she is answering questions from her fan mail lol... Seriously, the answer most of the time is both... but that truly does depend on the circumstances.
Waxing slows the process of the hair returning, as apposed to its counter part the tweezer.   So if there is alot of unwanted growth, I will most likely wax first, but if there are only a few strays, I would tweeze instead.
The majority of the time I would wax first to remove the obvious unwanted hairs, and then I would go in and refine the details with a tweezer.  Generally hair will grow in rows, so I will make sure all of the rows are tidy, by individual tweezing, removing one hair at a time in the direction that it grows.
Hope that helps!
ilona
Posted by Ilona Zink at 7:06 PM 4 comments:

A few months ago, I had a client come in for a full makeover. She received a Consultation, Hair color, Hair Cut, and Makeup Application, The works. I wanted to do a really good job as she wanted all of the services that I had suggested, so she ended up staying longer than the scheduled time. About 4 hours (the appointment was for 2).
Well, her appointment started relatively late in the day and so after 4 hours it was heading into the evening. Her husband was already home and waiting for her. Unbeknownst to her, he had scheduled a big date night out for the both of them (I know because he called), and he was little bit miffed that she was taking so long.
We finish up the services and my client gets ready to go. I wish her luck in dealing with her man.
But, apparently, luck wasn’t needed. Here is the rest of the story from her end:
"I walked in the door and my husband had that stern look on his face. He had been planning a big night out for us for quite some time, he made the reservations and planned the whole evening.
I was one and a half hours late getting in the door and I could tell from his expression that he had been fuming for quite some time.
Much to my relief, his expression had changed the instant that he saw me. As he was checking me out his face softened and he stated “Wow, It’s lucky for you that you look this good!”
But, that wasn’t all of it. When we had gone out that evening, he was holding my hand all night long (and he is not one to display a lot of affection in public). He was right beside me and very attentive the entire evening.
I haven’t seen him act this way since we first started dating.
The funny thing is that I don’t think it was because he couldn’t keep his hands off of me, I think he was being somewhat territorial, as if he were telling the other men that kept looking at me “she’s with me!”
Needless to say, it was an amazing and very memorable evening for the both of us"
Posted by Ilona Zink at 7:45 PM No comments:

Frusterated...Isn't it about time that you master your eyebrow shape AND show off your eyes?
After all...they are the window to the soul......Easy....Just click on the 2 minute video @ makeupsecretsforthematurewoman.com ,  pay attention.....
Amazing tips...and Free!
Posted by Ilona Zink at 7:17 PM 1 comment:

Learn how to create a perfect studio-quality makeup effect in the comfort of your home...
...in less than 10 minutes...
...and for less than $2.00 a day.
And, if you're over 40, these effects can take as much as 10 years off your face instantly...
...without plastic surgery, botox or expensive creams and lotions needed.
Click here to Learn from the Stylist to the Stars!
Posted by Ilona Zink at 7:06 PM 1 comment: 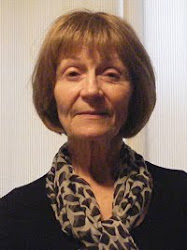 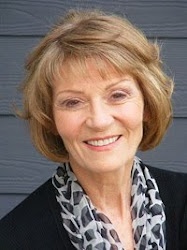 Ilona Zink
My name is Ilona Zink and for many years, I helped create the looks you see on the cover of Better Housekeeping, Chatelaine and TV Week up here in my native province of British Columbia, Canada